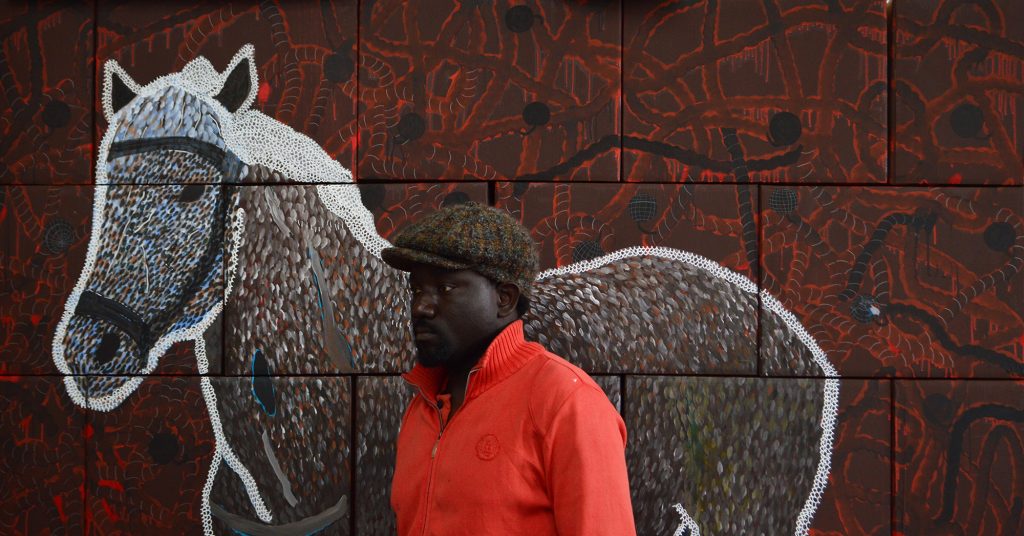 Omar Ba, young Senegalese artist, born in 1977 and now living in Geneva, returns after two years fom his solo show Wait and See. Recently winner of the Swiss Art Award 2011 Ba will present a series of new paintings inspired by our efforts to fight against our daily problems (Nodes). Because history seems to repeat itself wars racism and hunger are part of the everyday life; we’re pushed to try to find a solution to these obtacles in order to achive to the objective that we prefixed in our lives. Ba’s art seeks out universality. Since arriving in Switzerland, where he continues his Art studies, in 2003, the artist has developed his works as a point of departure for his inquiry into today’s society, challenging stereotypes resulting from the old complex relationships, between the Western world and the African continent.

Omar Ba presents characters, animals, symbols and inhabited landscapes, emphasizing the language of nature through colour. His paintbrush strokes are large, thick and free. Paintings are derived from using several techniques: oil, ink, pencil – often on corrugated cardboard (of large-scale). The use of detail evokes the traditional and decorative African images, geometric or organic when taken from the natural universe.

Rejecting the abstraction that he had learned in Africa, which, according to him, touches less and speaks little to the audience, the artist has chosen to follow the European figurative tradition thus working on a personal imagery. The “universalism” of his art aims to awaken distant memories, intimate visions that invite us to a reflection on the world of today. We find the same signs throughout his productions: electrical pylons, oil drilling towers, high speed trains, planes, cars, among others, all ambivalent representations involving different interpretations. These positive icons of modernization, of progress and of society in movement, rent speed and performance, but at the same time represent the excess of the industrial world, savage and merciless. A similar ambiguity is found in the recurring silhouettes of ani mals, images of wild Africa and savannas, appearing as hieratic gods: strong in nature, but fragile when faced with men.

The duality between black and white in the work of Omar Ba represents, to mention but one aspect, the cultural contrast, which haunts spirits and relates past and present injustices. However, in this approach of the artist, this opposition is not so direct and engages a more personal approach, linked to each viewer’s memory. These opposing universes find and mix themselves, stimulating reflection in its audience. 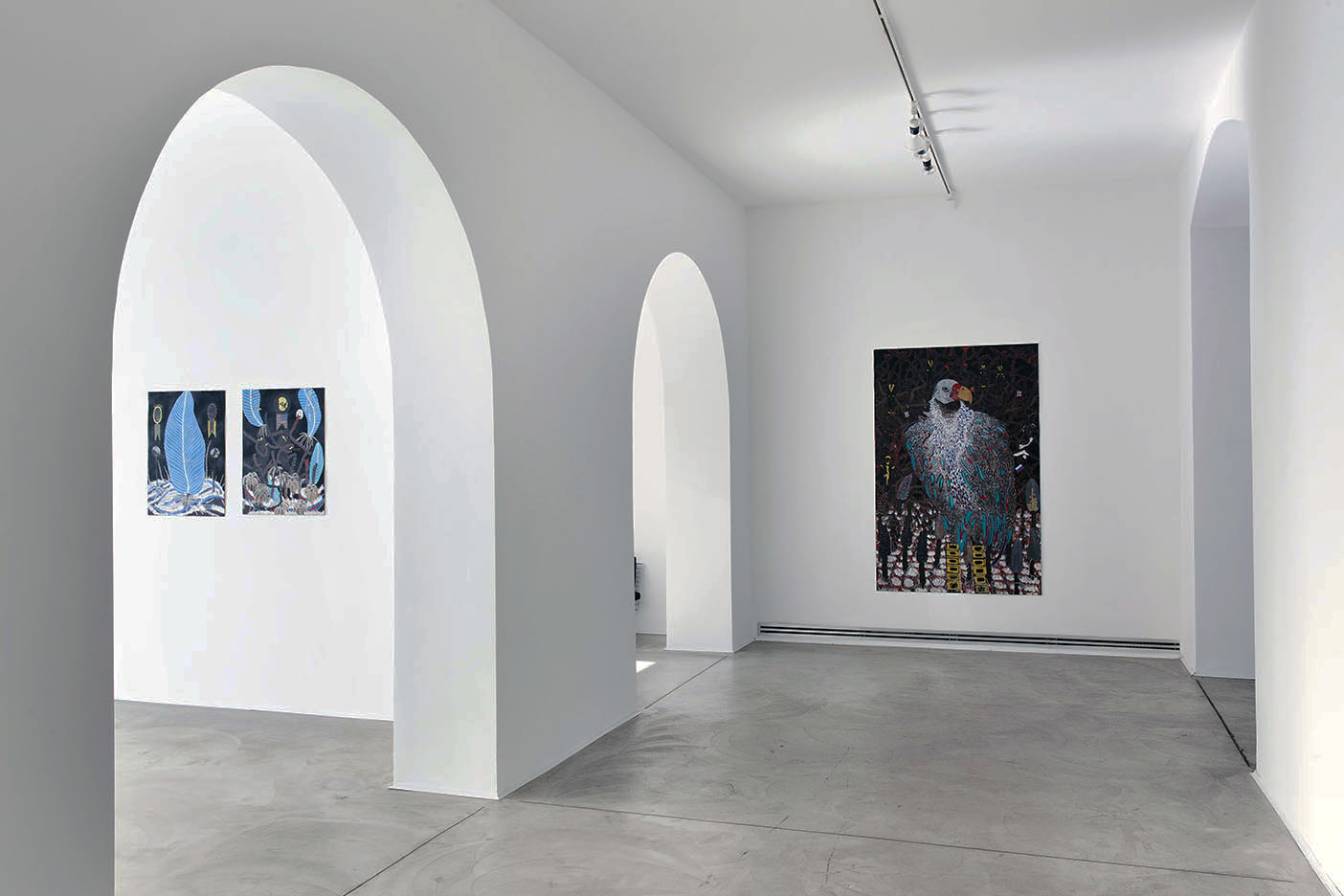 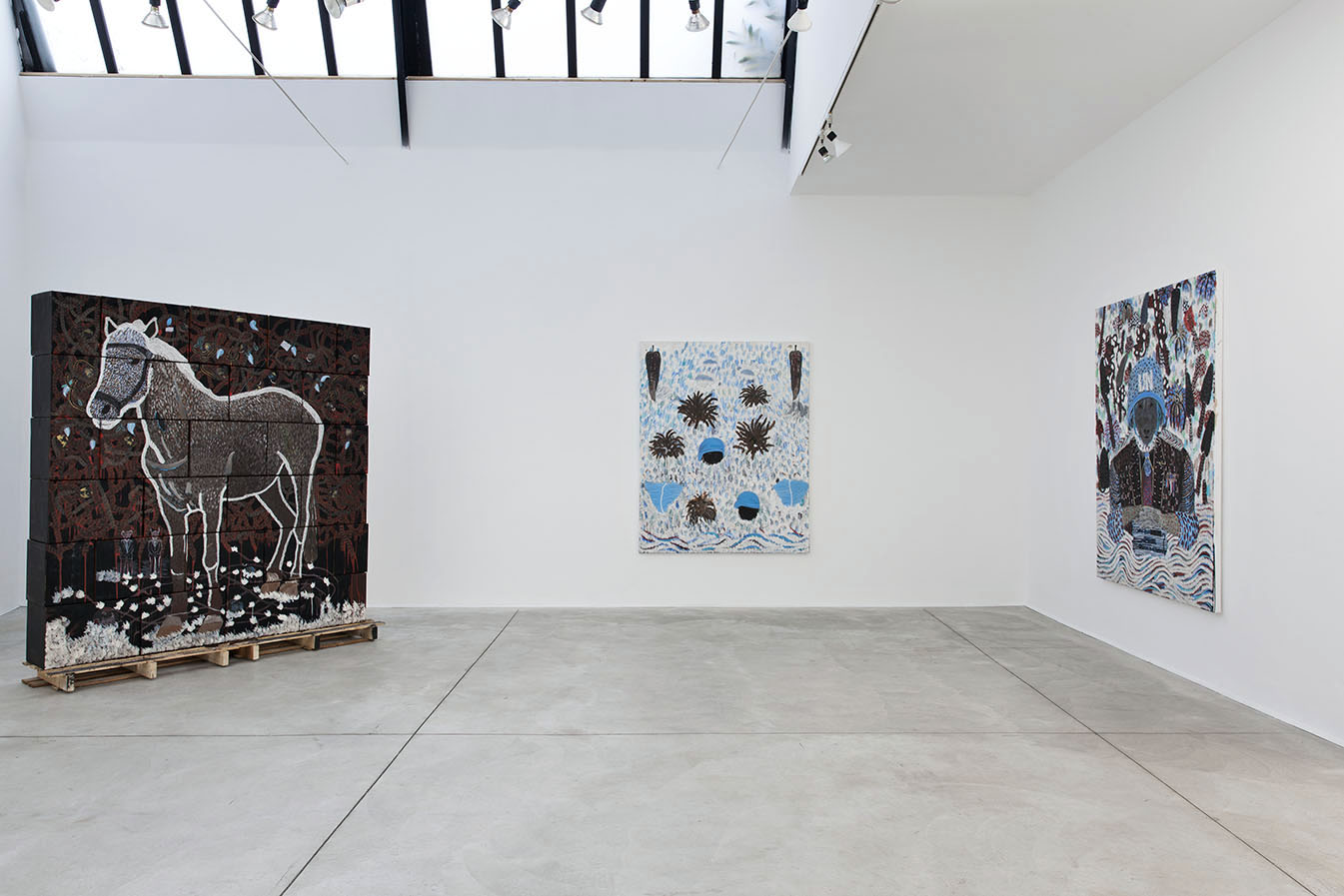 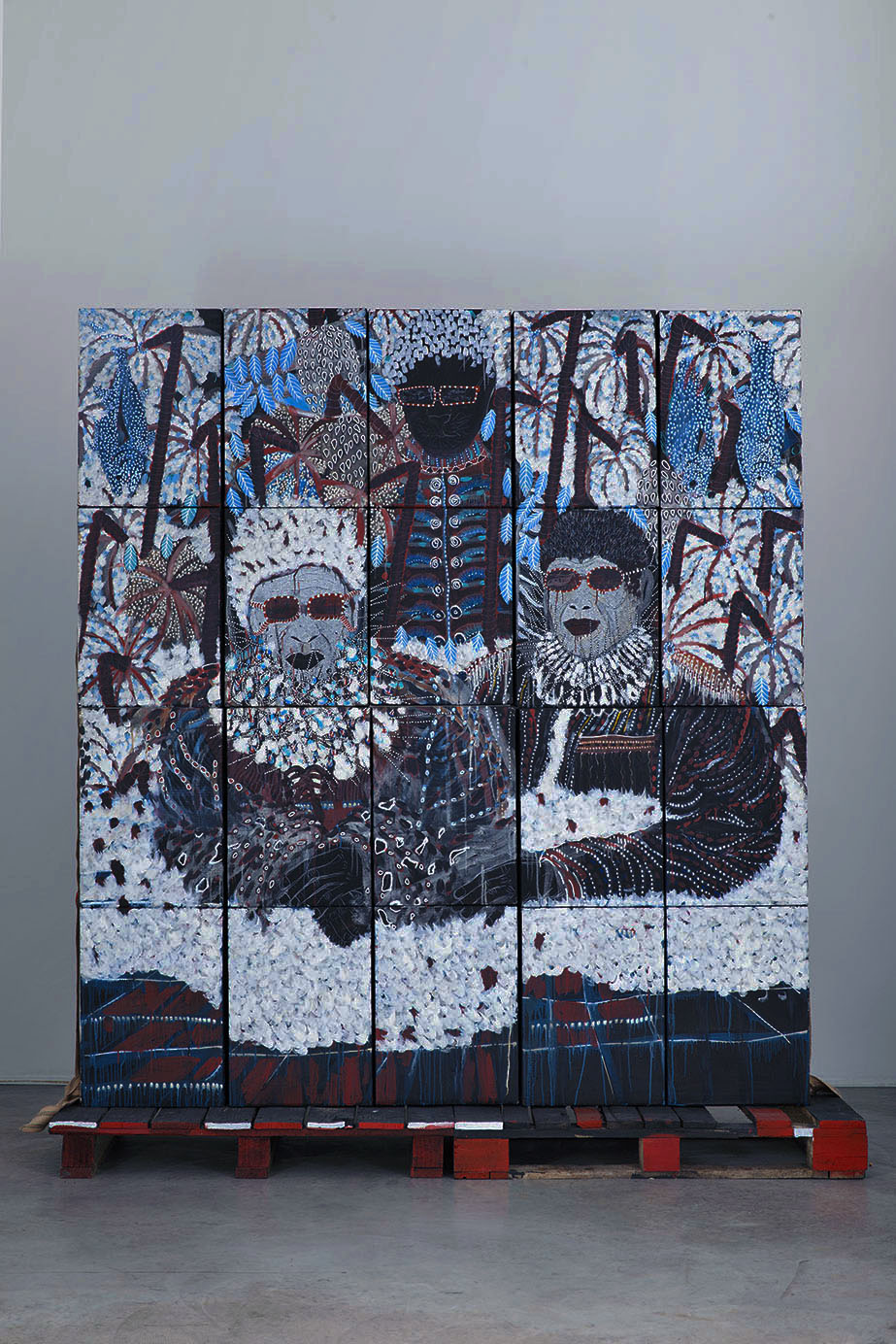 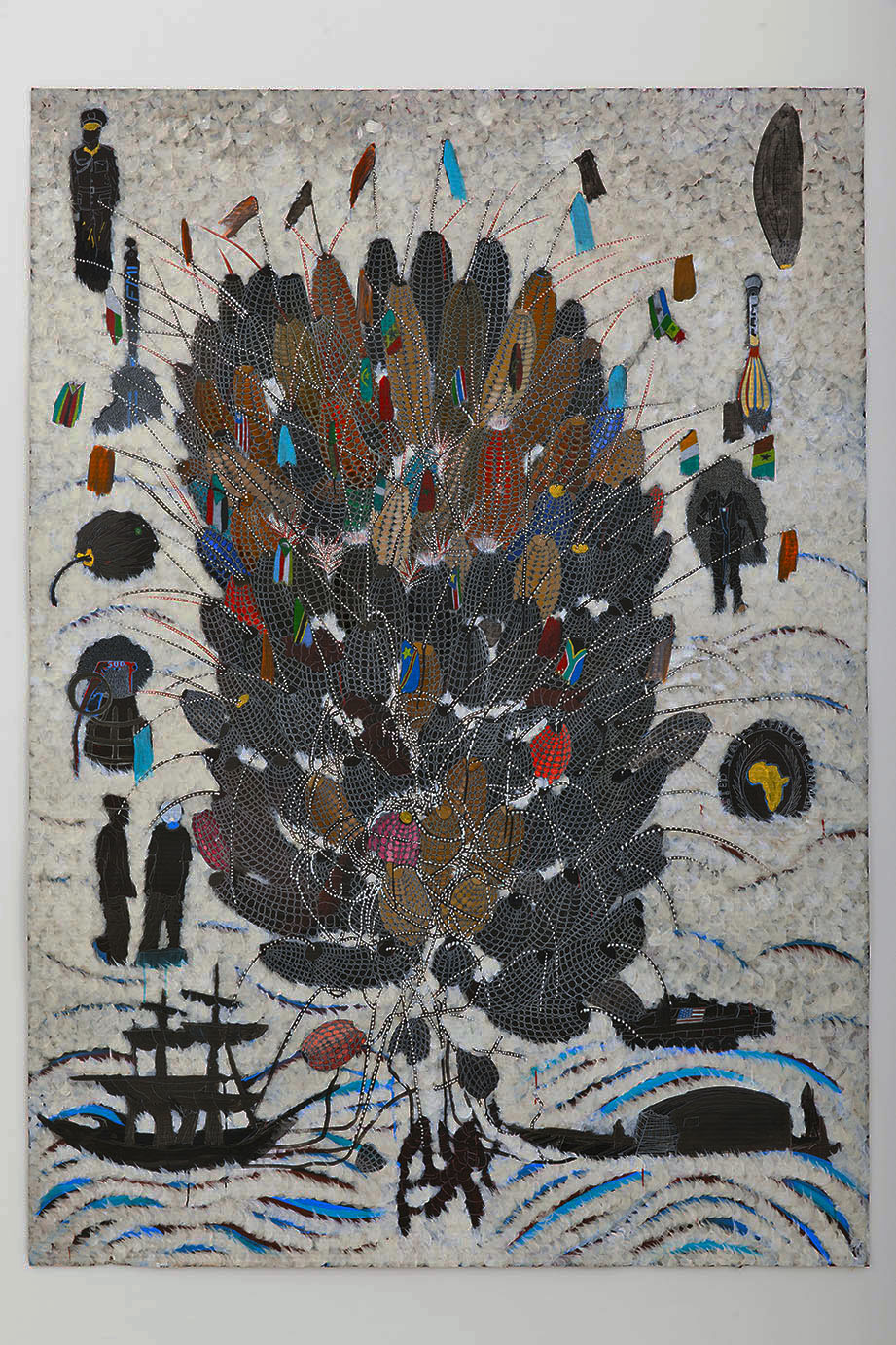 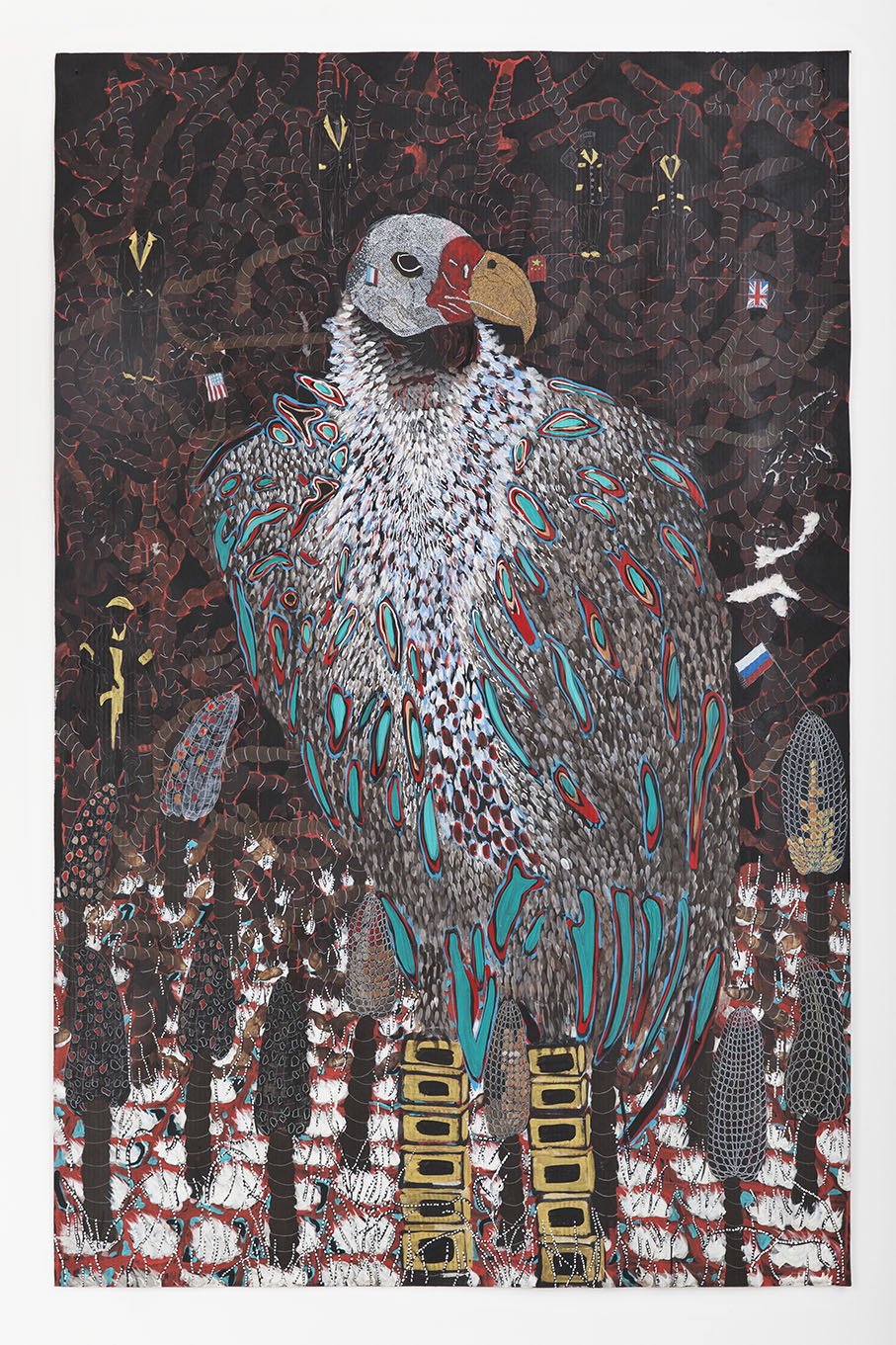 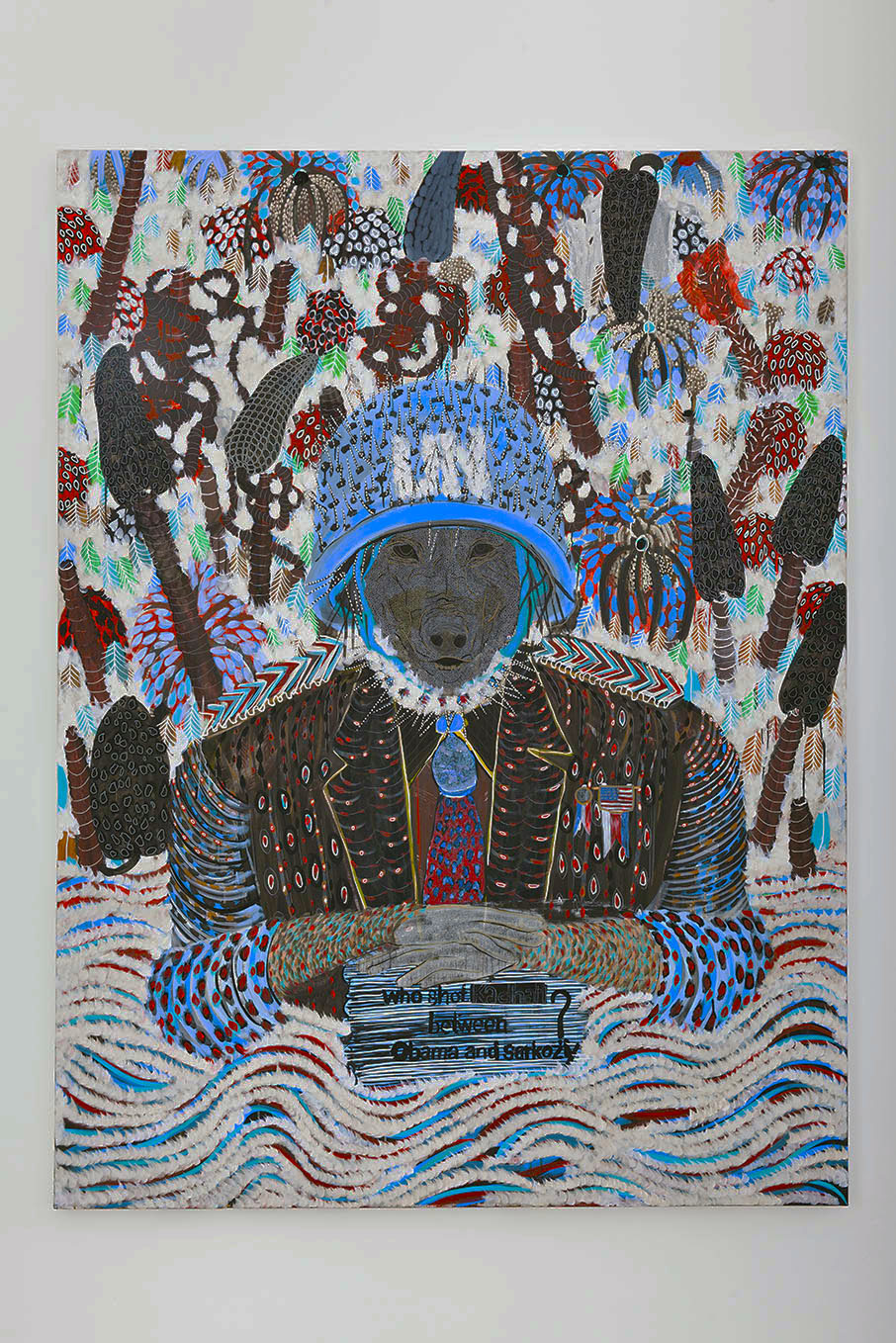 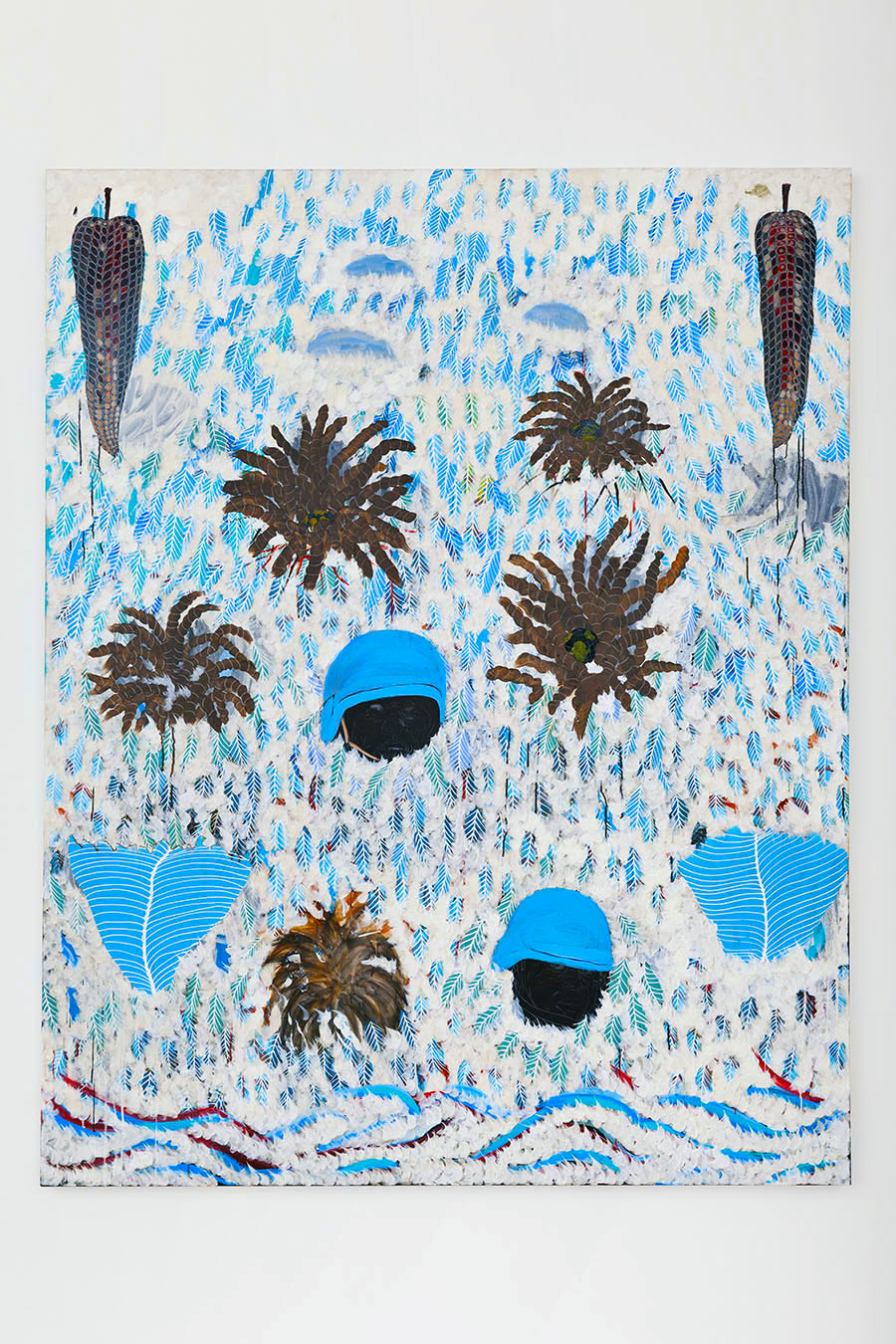 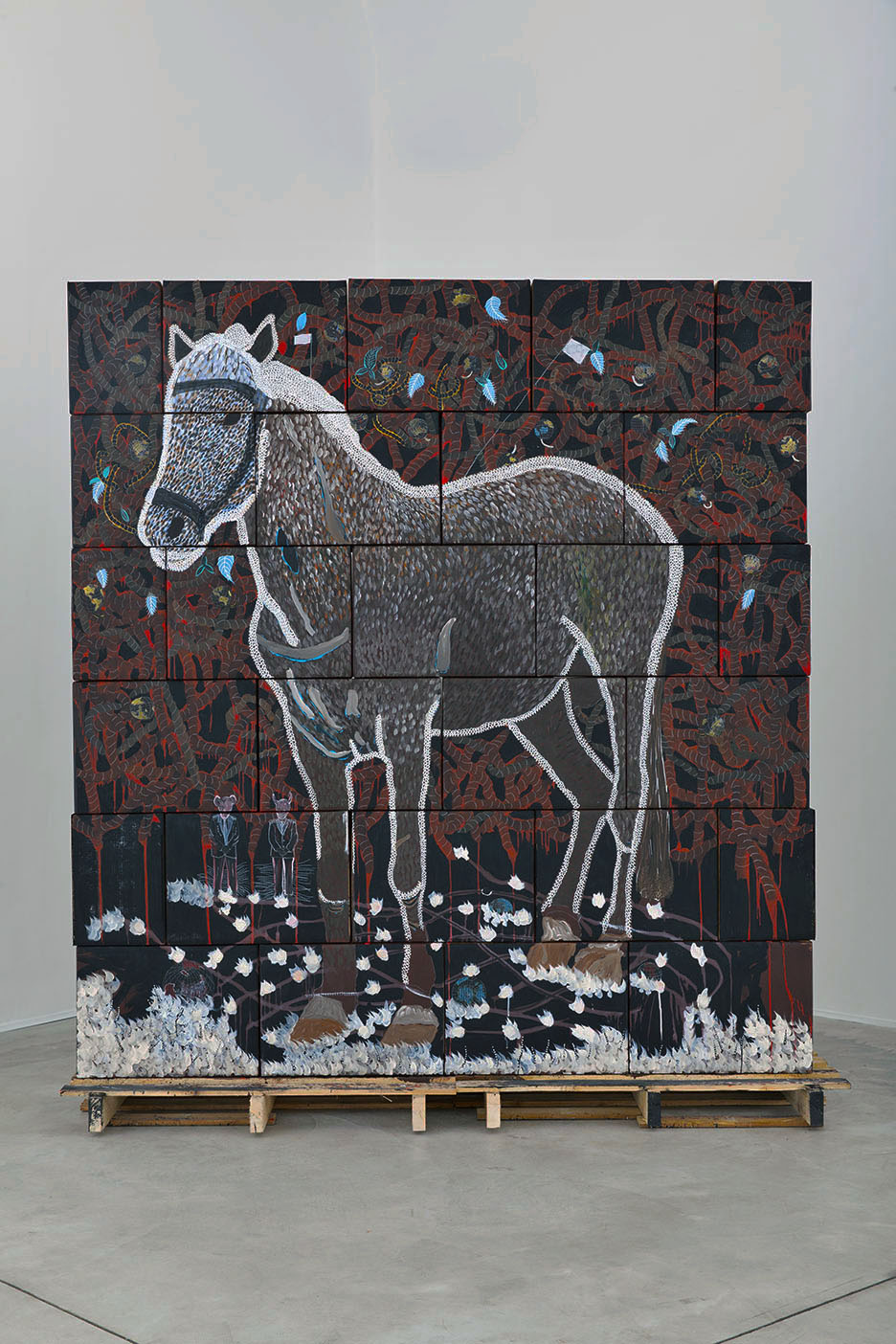